HOW SHE WON MEMPHIS’ ADMIRATION 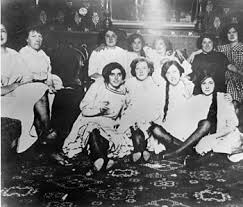 History is filled with stories of prostitutes who, despite their low social standing, did inspiring things. The Bible tells about Rahab, who harbored two Israeli spies inside Jericho. Gone With the Wind included the noble Belle Watling, whom some scholars believe was modelled on real-life Kentucky madam Belle Brezing.

And there was Annie Cook, the Hero Hooker of Memphis, Tennessee.

Never heard of her? That’s no surprise; she’s largely unknown outside the Bluff City. But her bravery touched countless hearts in her time. 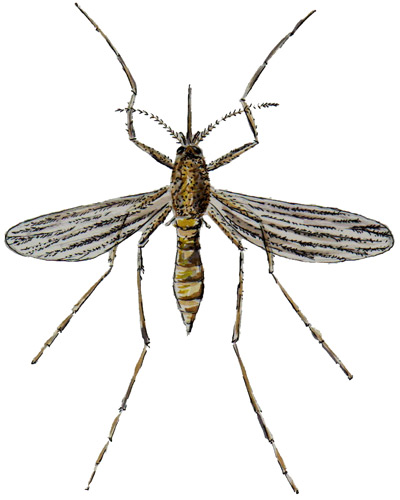 It all started with a mosquito. That annoying insect was more than just a pest back then; it frequently carried death up the Mississippi River. Science wouldn’t discover until the 1900s that it was responsible for several epidemics, including Yellow Fever.

Spread by mosquito bite, those infected suffered a myriad of miserable symptoms. They began with a headache followed by chills and fever. The liver and kidneys eventually failed, giving the skin a yellow color and the disease its name. The pain was so intense people screamed in torment. Death usually took two agonizing weeks. Many who survived were physically and mentally disabled for life. The Mississippi River Valley was especially susceptible to Yellow Fever. 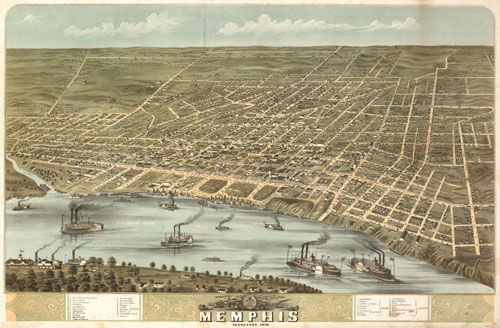 Which is where Annie Cook enters our story. I can’t show you her photo because no likeness of her exists. Given her occupation, it’s likely Annie Cook wasn’t even her real name. What we do know is she was born in Ohio in 1840 from German stock. She was also beautiful, both inside and out, for she displayed a kind heart from an early age. Annie once worked for a family in Kentucky, where people later recalled her caring for patients during a smallpox outbreak.

When or how she became involved in prostitution isn’t known. But she apparently learned how to make it pay. She wound up in Memphis sometime after the Civil War operating the Mansion House, an upscale brothel. She was even listed as a madam in the city business directory. (Remember, prostitution wasn’t illegal back then.)

Then one day in 1873 came the news everyone living along the Mississippi dreaded: Yellow Fever was raging again. Memphis had experienced epidemics in 1855 and 1867. This one was worse. People fled the city for safety. Annie dismissed the Mansion House’s working girls while she stayed behind and nursed the sick.

But that experience was nothing compared to what happened five years later. 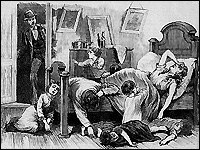 It started in July 1878 when Yellow Fever broke out in Vicksburg, Mississippi, some 250 miles downriver. The Bluff City went into panic mode. The epidemics of ’55, ’67, and ’73 had been progressively worse, and there was good reason to fear this would be the granddaddy of them all.

A quarantine was imposed. Nobody traveling up the Mississippi could get off their steamboat. But that didn’t calm jittery nerves. Some 50,000 people lived in Memphis at the time; more than 20,000 fled for their lives. Those who stayed behind prayed, hoped for the best, and waited.

It’s believed a steamboat crew member defied the quarantine by slipping ashore and eating at a nearby restaurant. On August 13, restaurant owner Kate Bionda became the first victim of Memphis’ Great Yellow Fever Outbreak of 1878. 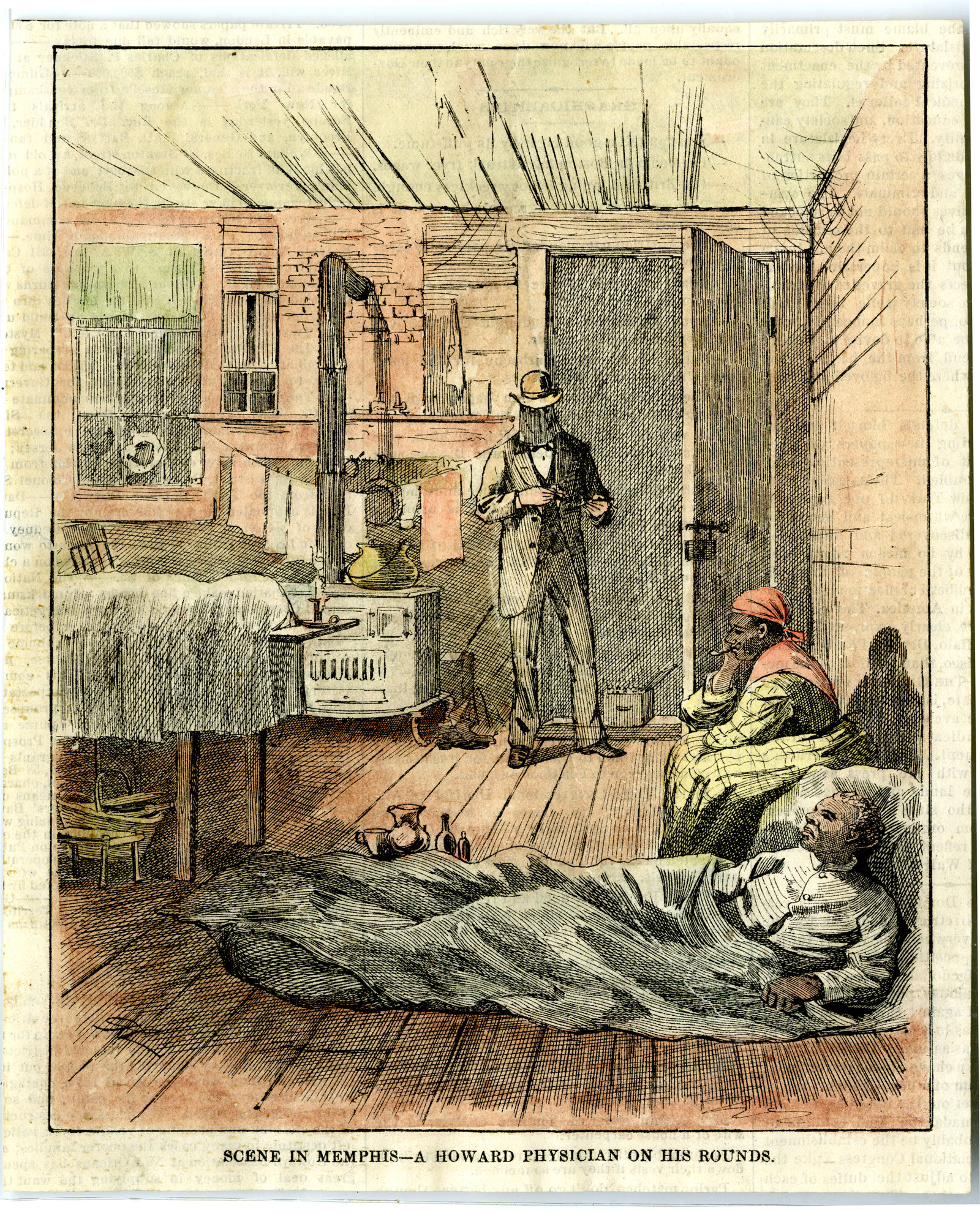 The disease spread like wildfire. This time, Annie not only tended the ailing, she also opened the Mansion House for use as a hospital. In those days before effective medical treatment, there was little she could do but wipe feverish brows, hold the hand of the dying and comfort them as they slipped into the Hereafter.

A newspaper reporter got word of Annie’s heroism and featured her prominently in a series of stories. The outbreak was big news nationally and Americans from coast to coast read about the Hero Hooker. Her bravery was a tiny bright spot in a dark situation. Of the 30,000 people left in the city, it’s believed 20,000 contracted the disease.

And Annie Cook became one of them in late August. Word of her illness spread across the nation. A group called the Christian Women of Louisville sent her a letter that was published in the local paper: “God speed, dear madam, and when the time comes may the light of a better world guide you to a home beyond.”

That light shined for Annie on September 11 when she joined the more than 5,000 Memphians who perished in the outbreak. 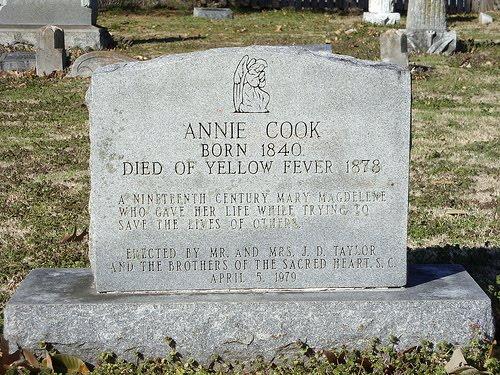 The disease disappeared when fall’s frost killed the mosquitoes that carried it. Annie was buried in a simple grave. Later, when life returned to normal in the Bluff City, it was moved to a place of honor in prestigious Elmwood Cemetery. A large monument was erected to her memory in 1979.

Ironically, the selfless sacrifice of a woman whose occupation made her a sinner in many eyes perished fulfilling the teaching of Jesus Christ’s Great Commandment: Love thy neighbor as thyself.