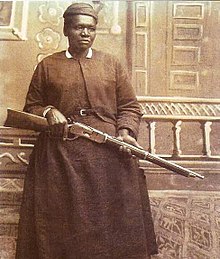 The Old West seemed to breed larger than life legends. Wild Bill Hickok. Wyatt Earp. Billy the Kid. Calamity Jane. The list goes on and on.

Another name deserves inclusion. You must dig deep into history to find her story. But when you do, you’ll discover a truly remarkable tale. Let me introduce you to Stagecoach Mary.

Mary Fields began life as a slave in Tennessee sometime around 1832. As happened with so many enslaved people, details of her early life are fuzzy. In her early 30s when the Civil War ended, Mary worked her way to a new life in the north by serving as a laundress and servant on Mississippi River steamboats. 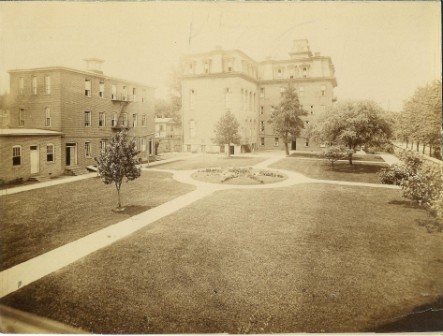 Although nobody knows just how, she wound up as a groundskeeper at the Ursuline Convent of the Sacred Heart in Toledo, Ohio. The poor nuns had no idea what they were getting into. When the sisters asked how her trip was, Mary said it was fine – though she could do with a cigar and a drink. Things only got livelier from there.

Then as now, the convent was a calm, peaceful, orderly place. Mary hit it like a tornado. True, she kept the grounds in immaculate shape. But, as one nun recalled, “God help anyone who walked on the lawn after Mary had mowed it.” She cussed, constantly badgered the nuns about her low pay, and would fight anyone -man or woman- at the drop of a hat.

Mary did make one important friend: Mother Amadeus Dunne, the convent’s highly respected and much-adored Mother Superior. She was a fellow brave soul who recognized a kindred spirit in Mary. In 1884 she moved to Montana Territory to assist in starting schools for Blackfeet Nation children.

Mary may have been rough around the edges, but her heart was pure gold. When she heard in 1885 that Mother Amadeus was seriously ill, she dropped everything and rushed to her side in Cascade, Montana. She nursed her friend back to health, then looked around and decided she and the West were a good fit.

Mary found work at a Montana convent. But the bishop grew concerned when he learned his new employee smoked, drank, swore like a sailor and, perhaps most unsettling of all, wore men’s clothes. When Mary and a coworker got into an argument and drew guns on each other, she got the boot.

Finally on her own for the first time in her life, she did laundry, odd jobs, and even opened a restaurant for a while – until her tendency to give free meals to needy people put her out of business. She also hung out in saloons where she occasionally showed she could handle the business end of a gun.

In 1895, her old friend Mother Amadeus donated a stagecoach to encourage travel in the remote region. That also meant the U.S. Post Office could use it to open a star route for faster mail delivery. Although she was pushing 60 years-old, Mary won the coveted position of driver/operator by hitching horses in the harness faster than the male applicants. Thus she became “Stagecoach Mary,” the second woman and the first African American to work for the U. S. Postal Service.

She quickly established a reputation for reliability. Mary expertly handled her team of several horses and a mule name Moses. When blizzards closed the roads, she strapped on snowshoes, slung the mail bags over her shoulders and started off for town. And if anyone tried to cause trouble, a well-place rifle shot quickly ended it.

When Stagecoach Mary retired at age 71 she was a beloved local celebrity. Cascade’s schools closed each year on her birthday. When Montana’s legislature passed a law barring women from saloons, the mayor found a loophole for her. Besides, nobody was brave enough to try and keep her out. 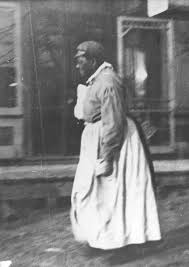 There was much sadness when Stagecoach Mary finally passed away in 1914 at age 82. Folks recognized it as yet another sign that an era had ended. The West saw new generations of strong, courageous and supremely free-spirited characters come and go. But none of them ever equaled Stagecoach Mary.