THE TRAGEDY THAT BROUGHT OUT THE WORST IN US 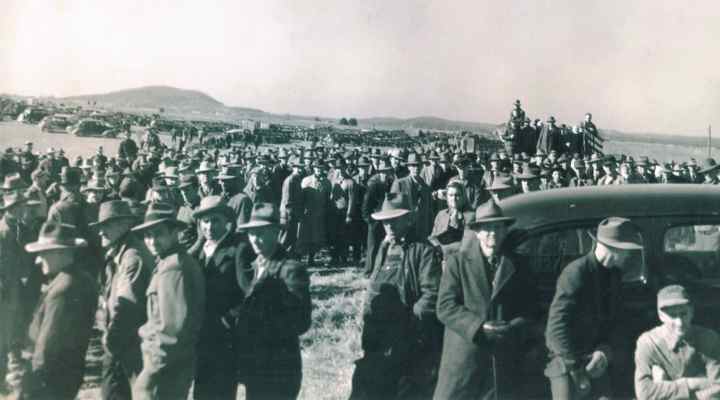 We’ve witnessed incredible heroism recently. When nature unleashed this summer’s seemingly endless string of natural disasters, Americans rolled into action: folks leaving jobs to fight wildfires, sportsmen using bass boats to rescue flood victims, even people opening their homes as havens for hurricane refugees. When nature is at its worst, Americans are at their very best.

Nearly 100 years ago, a tragedy captured the country’s attention like nothing before. For the first time, people could follow breaking news live as it unfolded. Yet opportunism also reared its ugly head amid a life-and-death struggle. This is the sad story of Floyd Collins. 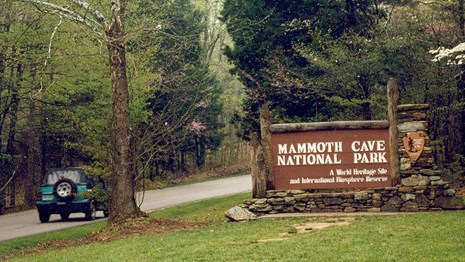 South central Kentucky is a lonely, rocky place. It’s so difficult to farm, settlers nicknamed it the Barrens. Below ground, it’s home to hundreds of caves both big and small. Mammoth Cave, the world’s longest cave system, is the granddaddy of them all. People have flocked to tour it for 200 years. In a region where money was scarce, hardscrabble farmers also worked as cave guides to scrape by. 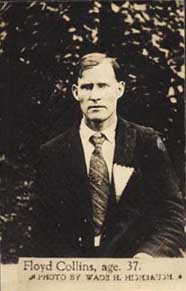 Floyd Collins grew up in the Barrens. Cave exploration was his passion. In 1917, he discovered Crystal Cave, which he and his family ran as a tourist attraction. But it was located too far off the path leading to the more famous Mammoth Cave. Business was dismal.

By early 1925, 37-year-old Floyd had an idea: if he could discover an interesting cavern closer to Mammoth Cave, it would attract paying customers.

He found a promising narrow hole in the ground and climbed in on January 30. Then his luck ran out.

Floyd stayed below too long and his kerosene lantern was growing dim. Hurrying to get back to the surface, he knocked over the lamp. A rock fell, pinning his left leg. Floyd was stranded in darkness 150 feet underground. 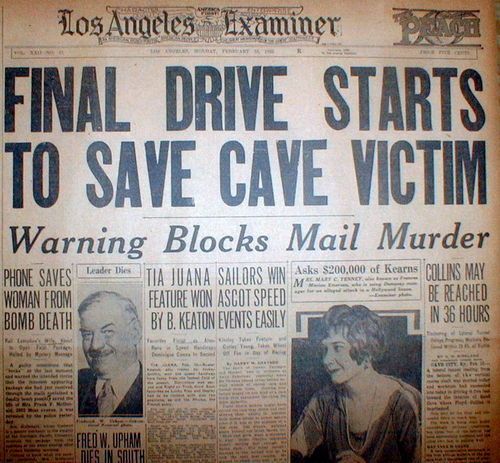 A search party was formed the next day. When he was found, crackers and an electric light were lowered down. Engineers and geologists were summoned. They determined the hole was too dangerous to enter.

Newspapers picked up the story. The Louisville Courier-Journal sent 21-year-old reporter “Skeets” Miller to cover it. He was small enough to be lowered in by his heels. When Skeets reached Floyd, he pushed away dirt, put a bottle of milk to Floyd’s lips and interviewed him (earning him the Pulitzer Prize). The passage later collapsed, forcing rescuers to begin digging an emergency shaft by hand. 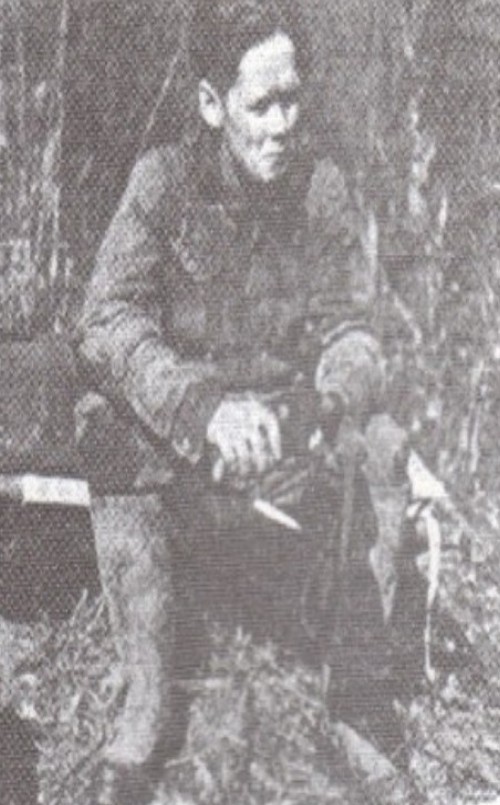 The trapped explorer was now the nation’s top news story. Skeets’ reports were flashed nationwide by telegraph. Breaking news bulletins were broadcast on the brand-new medium of radio. Americans hung on every twist and turn.

Tens of thousands of people from 20 states flooded the site. A tent city sprung up and a carnival atmosphere developed. Vendors hawked food, souvenirs, even bootleg booze. The Barrens basked in the national spotlight. Skeptics wondered if rescuers were intentionally delaying reaching Collins to prolong the media circus (and to keep money flowing into the poor region). 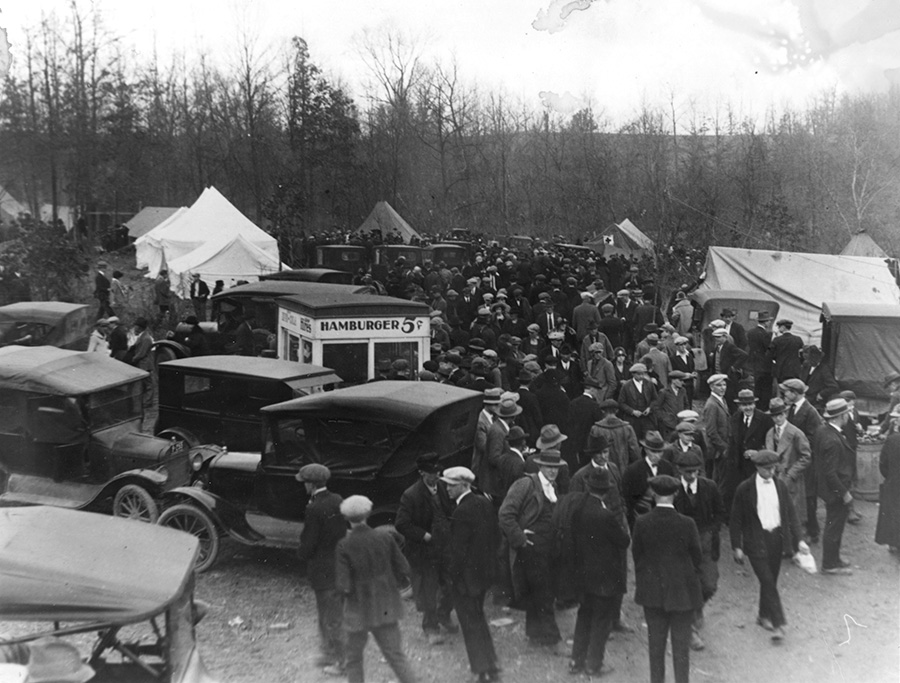 When they finally got to Floyd on February 17, it was too late. He had died from exposure. They couldn’t remove the rock that trapped him, so Floyd’s body remained where it was. His funeral was held on the surface.

The story didn’t end there. Floyd’s brother couldn’t stand leaving his brother inside the cave. With great effort, the body was removed that April and buried. The Collins family sold Crystal Cave two years later, and the new owner had Floyd exhumed and his casket placed inside the cave as a morbid tourist attraction. It remained there until finally being buried -again- in 1989. 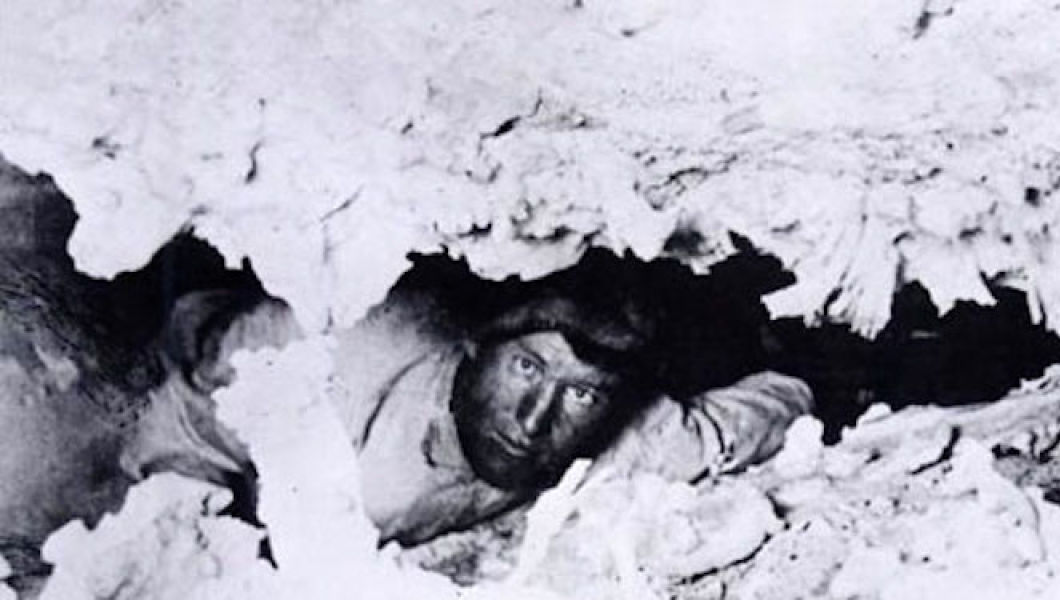