WHAT REALLY HAPPENED TO THE SOUTHERN TREASURY?

The leaders of the Confederate States of America we running for their lives 154 years ago. They took a small fortune in gold and silver with them when they fled Richmond, Virginia in April 1865. And chances are good people are searching for it at this very moment.

The phrase “Lost Confederate Gold” has a romantic ring. The image of stacks of gold bars imprinted with “C.S.A” is tantalizing. But is a hidden fortune really waiting to be found? This is the tale of what happened to the Confederate Treasury. 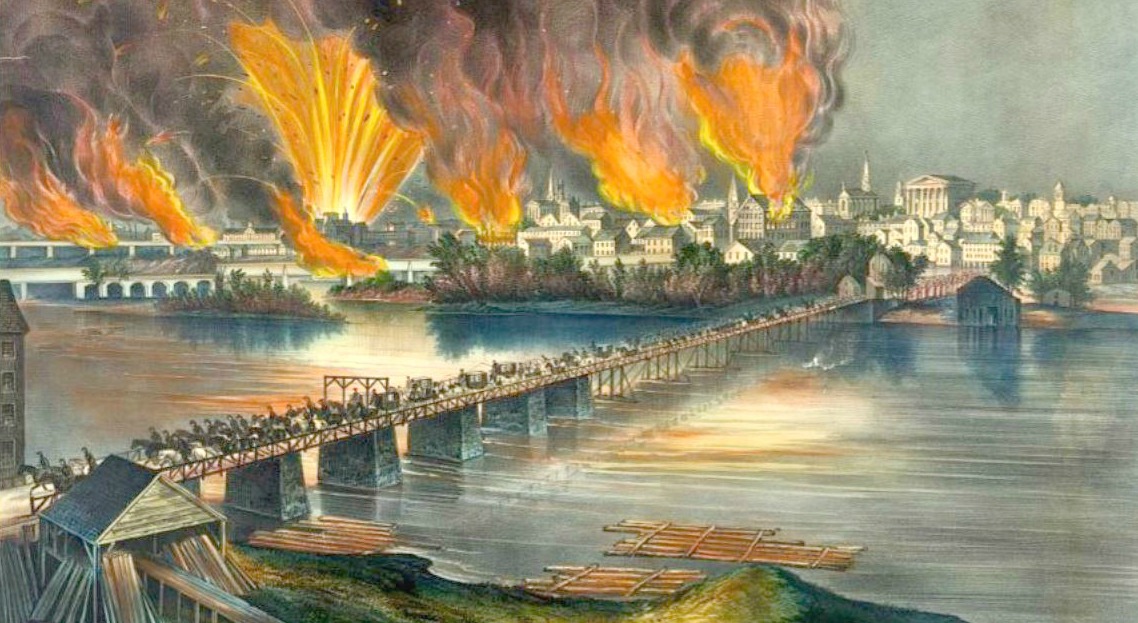 For three long, bloody years, General Robert E. Lee’s Army of Northern Virginia defied the odds and kept vastly larger Federal armies out of the Confederate capital. But by early spring 1865 it couldn’t hold on any longer.

It always amazed me that the Confederacy had no contingency plan for that crisis. I suppose surviving so many close calls and clinging so desperately to forlorn hope for so long convinced them that this sad moment would never come. But it arrived on Sunday morning, April 2. Davis’ hurried departure in the middle of a church service told Richmonders the jig was up. He issued evacuation orders, setting in motion a hurly burly flight to leave town before the Yankees marched in. 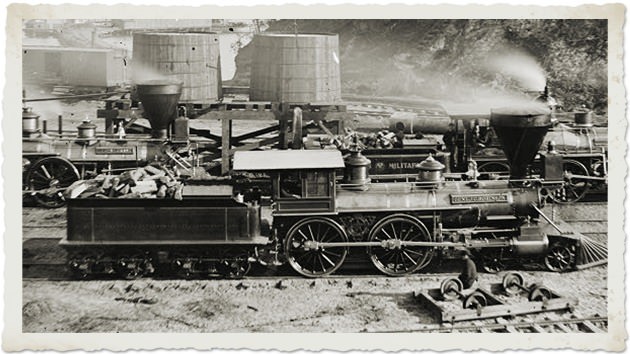 A caravan of carriages crossed the James River that night as Richmond went up in flames. Two trains were waiting on the other side. Davis, his Cabinet, senior military advisors and official government papers were loaded into the first one. The second train carried the Confederacy’s cash reserves: gold and silver bullion and coins, plus a horde of valuable jewelry donated by Southern women for the Cause. Guarding it was a Confederate naval captain and a squad of midshipmen who’d been training on the James River. In an 1893 newspaper article, the captain estimated the horde’s value at $500,000, or about $8 million today. Others claim it was much larger. Part of the confusion arose from the fact that the train also carried the gold reserves held by Richmond’s banks, which were private property and didn’t belong to the government.

With the Yankees nipping at the Confederate’s fleeing heels all way across the southeast, Davis tried to reach Southern forces still fighting in Texas. The money was there when the party reached Washington, Georgia in early May and when its members agreed to disband a few days later.

Yet when Davis was finally apprehended in the early morning of May 10 in southern Georgia, very little money was found.

At that moment, the Lost Confederate Gold myth was born.

Rumors quickly began circulating, later whispered at Confederate veteran reunions well into the early 20th Century, alleging the loot was hidden, awaiting  the chance to finance a second Civil War. Others claimed it had been stolen, and because it was so conspicuously large the treasure was hidden until it was safe to spend.

So, just what happened to the valuables? Nobody knows for sure. Davis’ harried retreat didn’t lend itself to bookkeeping. It’s known some $108,000 was paid to the group’s military escort near the Savannah River. Another $40,000 went for supplies in Washington and Augusta, Georgia. It’s likely Treasury funds were also used to pay Confederate soldiers as government leaders passed through the Carolinas.

Where did the rest go? I believe it was spent in drips and dribbles, doled out here and there to help soldiers return to their homes across the Southland. In my opinion the Lost Confederate Gold myth is just that—a myth.

Still, over the years I’ve met people in North and South Carolina, Georgia, and even Alabama and Kentucky, who genuinely believe the “treasure” is hidden there and who’ve spent decades trying to find it. The History Channel even aired a preposterous documentary claiming the loot wound up in Kansas and was safeguarded by Frank and Jesse James!

Which brings to mind that famous line in the classic western movie The Man Who Shot Liberty Valance: “When the legend becomes fact, print the legend.”

And so people keep searching for something that just isn’t there. I say let them look. It never hurts to dream, does it?